Are you interested in hunting some exotic animals, but don’t have the time or money to travel around the world? Then look no further than Cypress Ridge hunting preserve in Florida. We have some of the largest trophy Axis Deer, Blackbuck, Fallow Deer and other exotics you will find in the world. The best part is you don’t have to deal with customs, and you can take your meat home with you to share with your family. Some of our exotics can be hunted year-round and with the weapon of your choice. Don’t let your hunting season stop because of dates. Give us a call today!

*All hunts: $250 per day per person plus Trophy Fees listed below. This includes lodging, guide service, meals, Beverages, caping, and ice. Non-Hunter Rates are $200 per day. 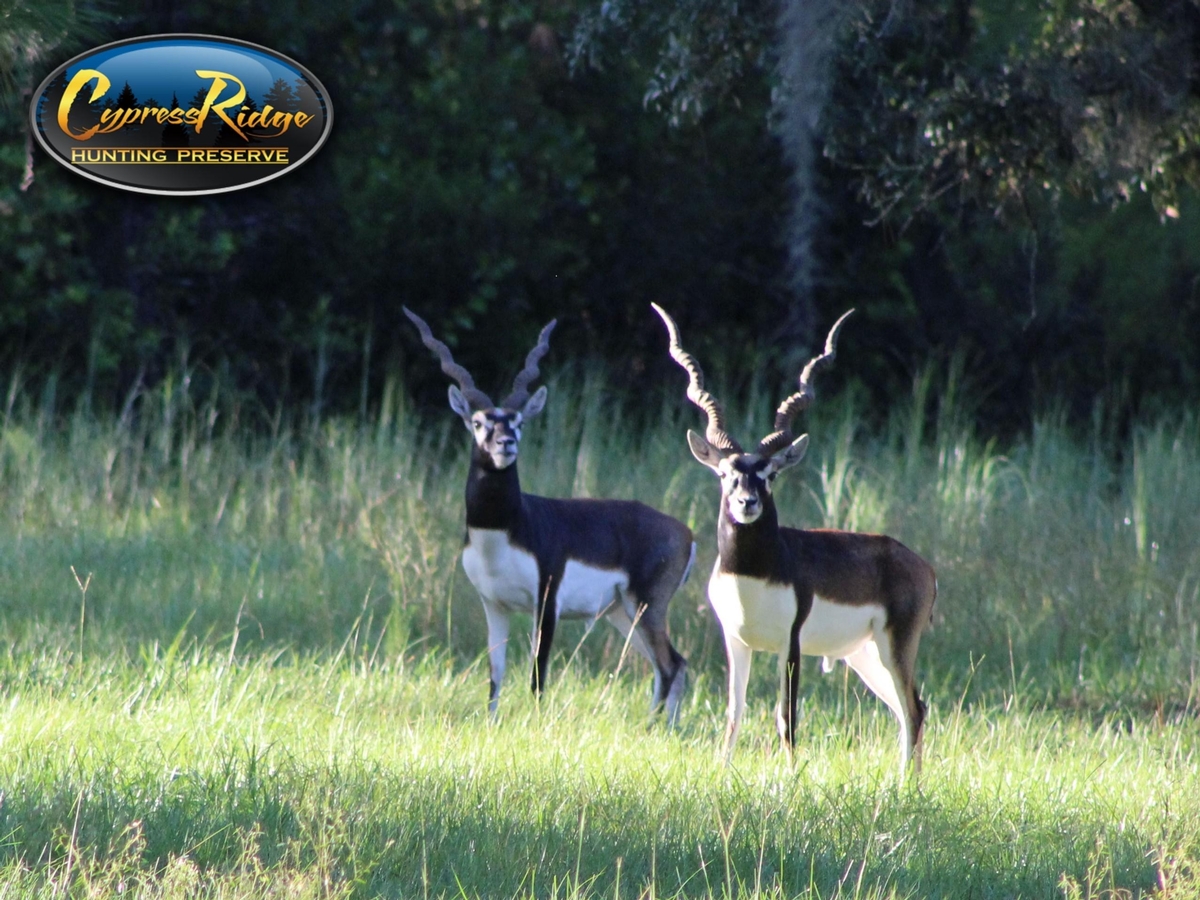 Males weigh 20–57 kg (44–126 lb), an average of 38 kilograms (84 lb). Females are lighter, weighing 20–33 kg (44–73 lb) or 27 kg (60 lb) on average. The long, ringed horns, 35–75 cm (14–30 in) long, are generally present only on males, though females may develop horns, as well. The white fur on the chin and around the eyes is in sharp contrast with the black stripes on the face. The coats of males show two-tone coloration; while the upper parts and outsides of the legs are dark brown to black, the underparts and the insides of the legs are all white. However, females and juveniles are yellowish fawns to tan.

The blackbuck is a diurnal antelope (active mainly during the day). Three kinds of groups, typically small, are the female, male, and bachelor herds. Males often adopt lekking as a strategy to garner females for mating. While other males are not allowed into these territories, females often visit these places to forage. The male can thus attempt mating with her. As herbivores, blackbuck graze on low grasses, occasionally browsing, as well. Females become sexually mature at 8 months old but mate no earlier than 2 years. Males mature later, at 1 1/2 years. Mating takes place throughout the year. Gestation is typically 6 months long, after which a single calf is born. The lifespan is usually 10 to 15 years.

The Père David's deer (Elaphurus davidianus), also known as the milu or elaphure, is a species of deer that went extinct in the wild but has been reintroduced in some areas. The milu is native to the river valleys of China, where it prefers wetland habitats. It grazes mainly on grass and aquatic plants. The adult Père David's deer reaches a head-and-body length of up to 6.2–7.2 ft and stands about 3.9 ft tall at the shoulder. The tail is relatively long for a deer, measuring 20–26 in when straightened. Weight is between 298 and 441 lb. The head is long and slender with large eyes, very large preorbital glands, a naked nose pad, and small, pointed ears.

The branched antlers are unique in that the long tines point backward, while the main beam extends almost directly upward. There may be two pairs per year. The summer antlers are the larger set and are dropped in November, after the summer rut. The second set, if they appear, are fully grown by January, and fall off a few weeks later.

One of the most striking antelope is the Scimitar-Horned Oryx. The adult male and female have long back-swept ringed horns, with white bodies and burnt orange neck and chest. Often, horn measurements for this antelope exceed lengths of 38 inches at 5CR with particularly long males exceeding 44 inches. The males weigh anywhere from 300-450 pounds while the females weigh from 200-300 pounds. These animals are primarily grazers and generally prefer the open expanses and grassland on the preserve. These magnificent antelope make for a fast and exciting spot, stalk, and safari-style hunt. 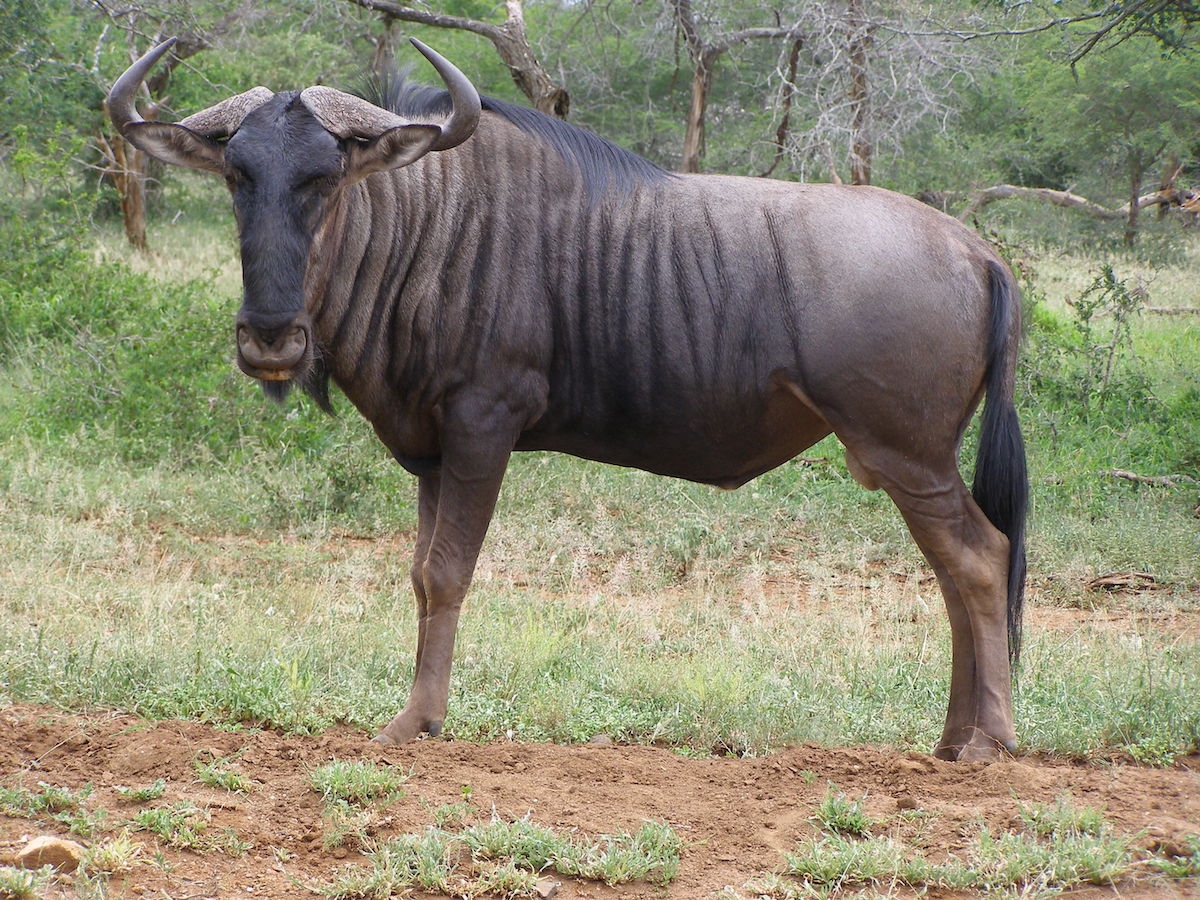 The wildebeest antelope is also known as the gnu. The horns of the blue wildebeest protrude to the side then curve downwards before curving up back towards the skull. The male of the species stands close to 60 inches at the shoulder and can weigh up to 550 pounds, while the female stands 50 inches and reaches an average weight of 400 pounds. Their coat is a dark grey color with stripes but may have a bluish sheen. 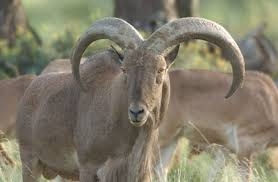 Aoudad sheep are a species of caprid native to rocky mountains in North Africa. Six subspecies have been described. Although it is rare in its native North Africa, it has been introduced to North America, southern Europe, and elsewhere. It is also known in the Berber language as awdad, waddan, arwi, and arrwis.

Barbary sheep stand 2.6 to 3.3 ft tall at the shoulder and weigh 88 to 309 lb. They are sandy-brown, darkening with age, with a slightly lighter underbelly and a darker line along the back. Upperparts and the outer parts of the legs are a uniform reddish-brown or grayish brown. There is some shaggy hair on the throat (extending down to the chest in males) and a sparse mane. Their horns have a triangular cross-section. The horns curve outward, backward, then inward, and can exceed 40 inches in length. The horns are relatively smooth, with slight wrinkles evident at the base as the animal matures. 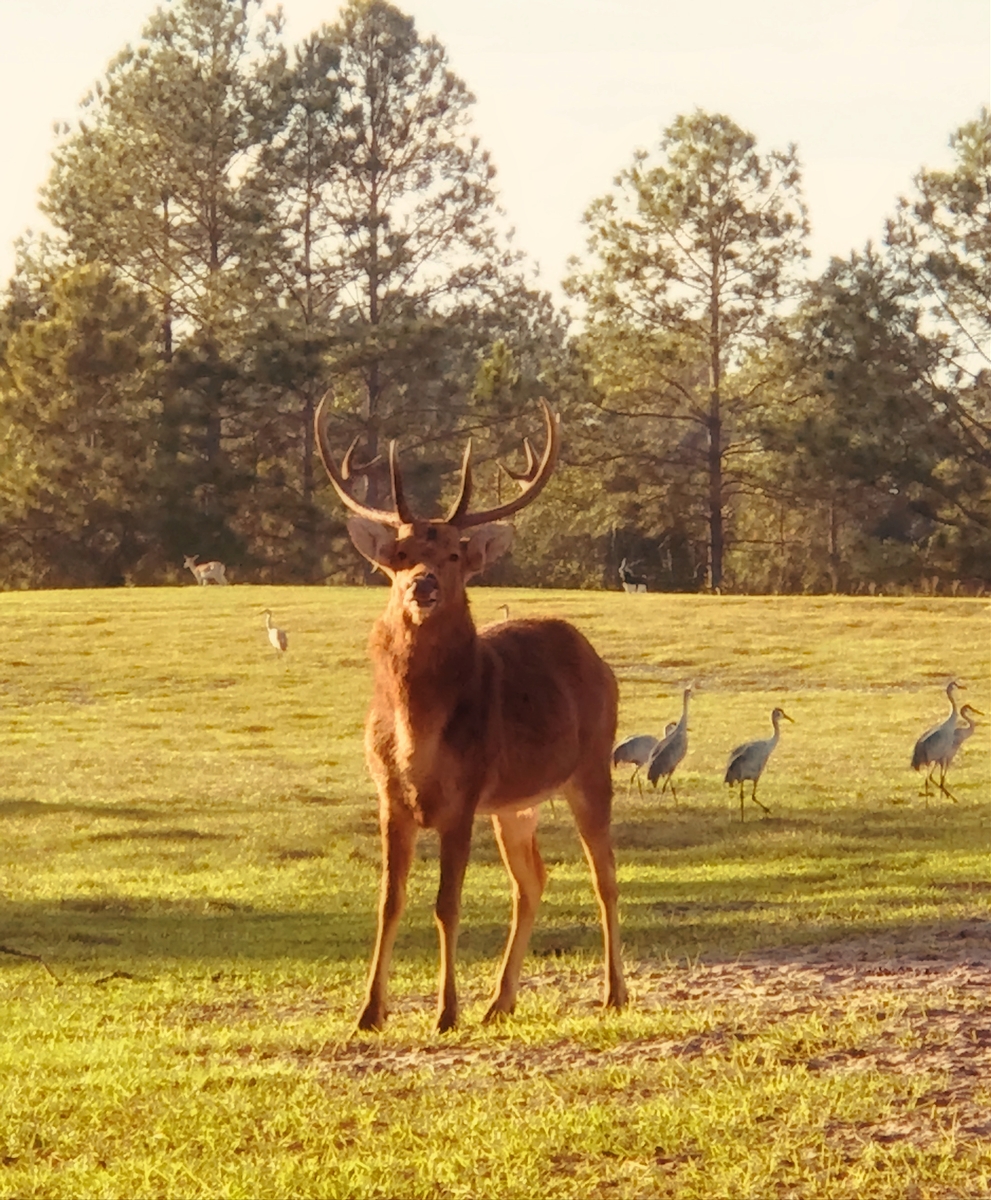 The barasingha , also called swamp deer, is a deer species distributed in the Indian subcontinent. Populations in northern and central India are fragmented, and two isolated populations occur in southwestern Nepal. It is extinct in Pakistan and Bangladesh. The swamp deer differs from all other Indian deer species in that the antlers carry more than three tines. Because of this distinctive character, it is designated brah-singg, meaning "twelve-horned" in Hindustani. Mature stags usually have 10 to 14 tines, and some have been known to have up to 20. 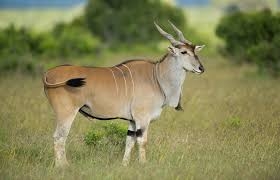 Both sexes have horns with a steady spiral ridge. The horns are visible as small buds in newborns and grow rapidly during the first seven months. The horns of males are thicker and shorter than those of females (males' horns are 17–26 in long and females' are 20–27 in long), and have a tighter spiral. Males use their horns during rutting season to wrestle and butt heads with rivals, while females use their horns to protect their young from predators.

The common eland is the slowest antelope, with a peak speed of 25 mi per hour that tires them quickly. However, they can maintain a 14 mi per hour trot indefinitely. Elands are capable of jumping up to 8 ft 2 in from a standing start when startled. The common eland's life expectancy is generally between 15 and 20 years 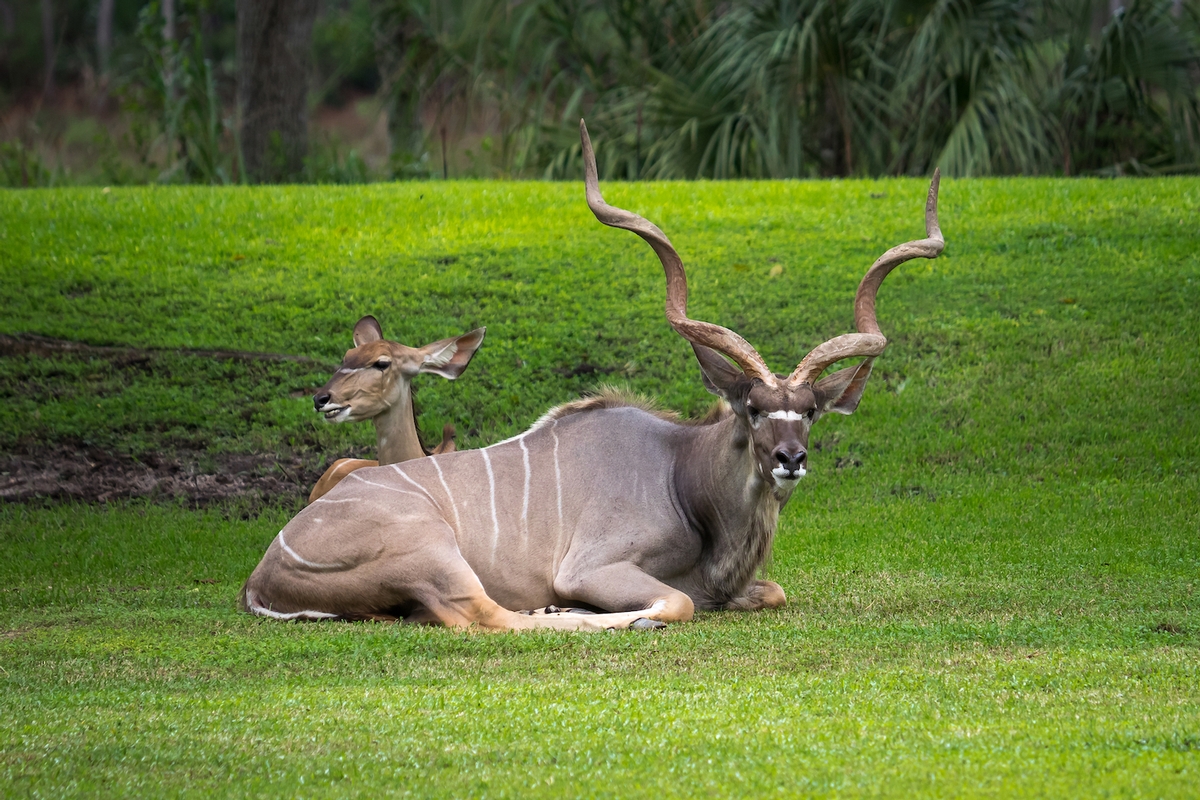